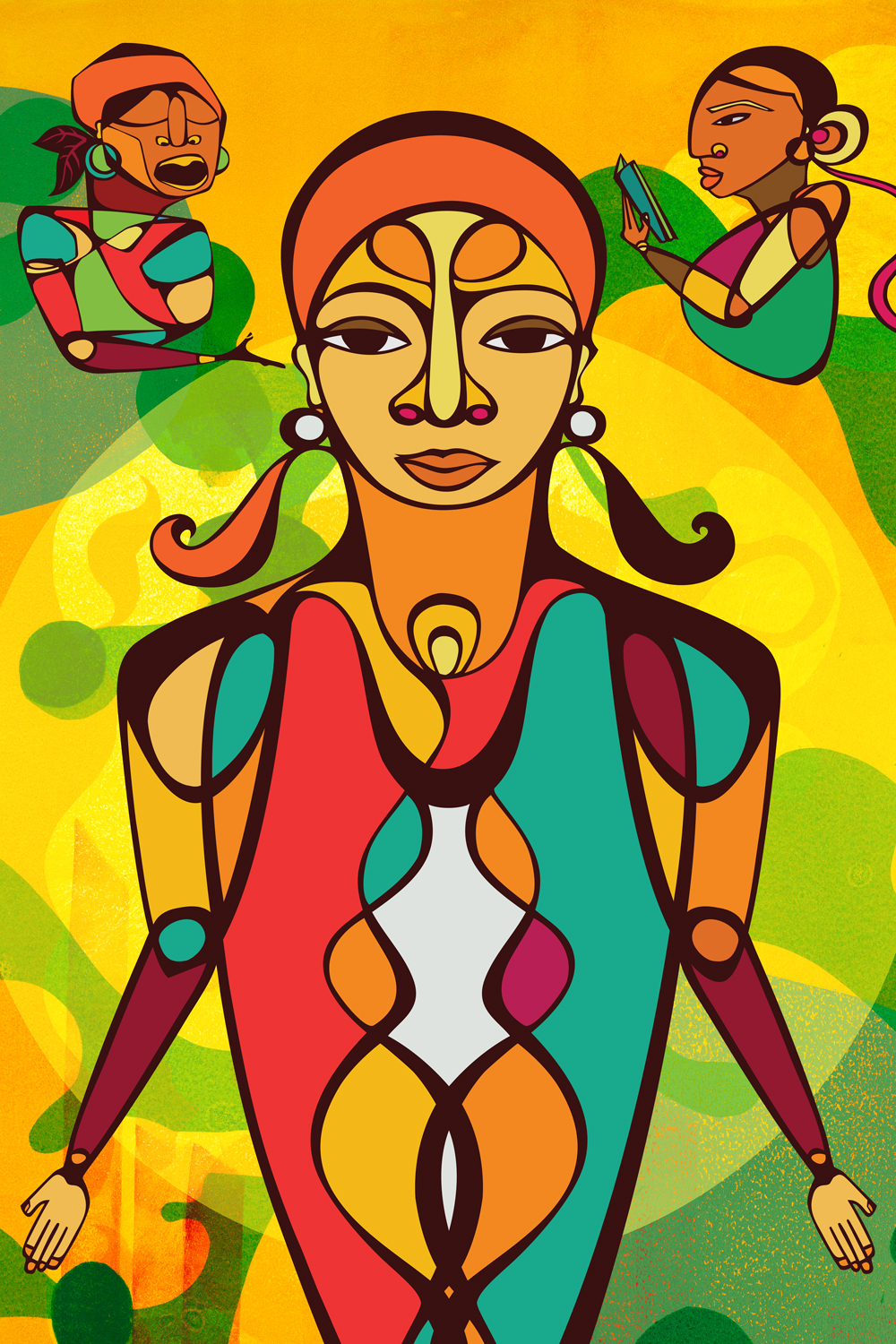 This piece centers around the themes of change, transition and transformation. The central protagonist is a young woman who is contemplating the many possibilities for her future. This young woman is in juvenile prison, and she taps into her own freedom through the expansiveness of her imagination. Her hands are opening themselves up to the universe, as she is meditating on a second chance. The open hands also symbolize the many practices that one can do with their hands, including music, art, dancing, writing, building, reading and creating. The young woman imagines herself as a writer and as a singer. Behind her is a circle that represents the planet. The yellow and orange hues used in the piece represent the rising sun and new beginnings. The background textures were developed via a monoprint process in which I overlaid various shapes in multiple drops of etching ink.

This piece was commissioned by the Alameda County Arts Commission and is one of three works about how families cope with the incarceration of young family members. The other prints are titled, Sustenance and Kinship.