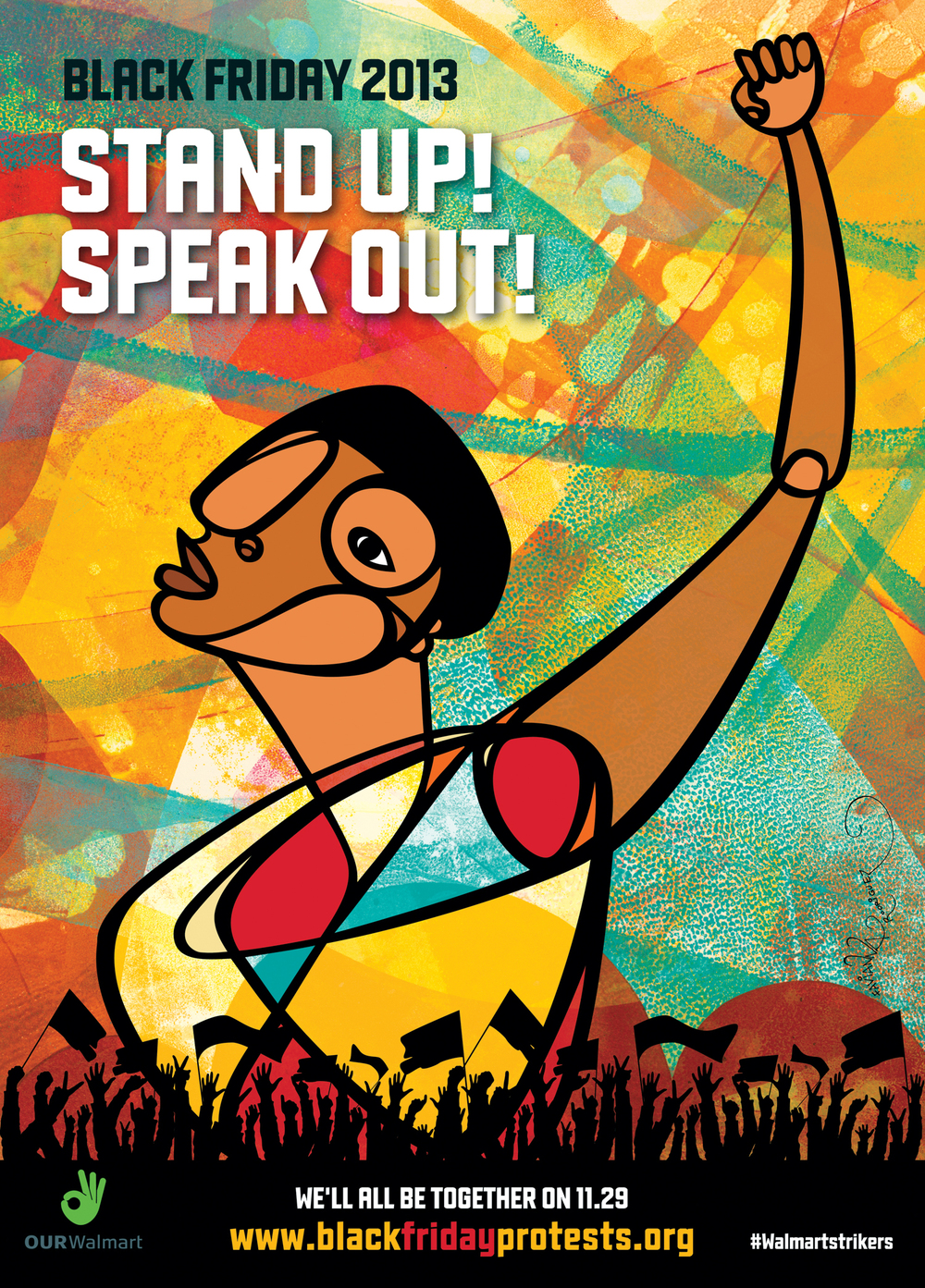 In 2013, I teamed up with Walmart employees to create art in support of courageous workers who were standing up to the one of the greediest multinational corporations in the world.

On Black Friday 2013, one of the busiest days of the holiday season, Walmart workers from all over the country demanded that Walmart commit to raise pay to $15 an hour and provide full-time work. While the Waltons were raking in $16 billion in annual profits, the majority of Walmart workers were being paid less than $25,000 a year—and thus were unable to support their families.

This art piece was a testament to their resilience and determination, and was gifted to the Walmart workers who were organizing for a liveable wage.