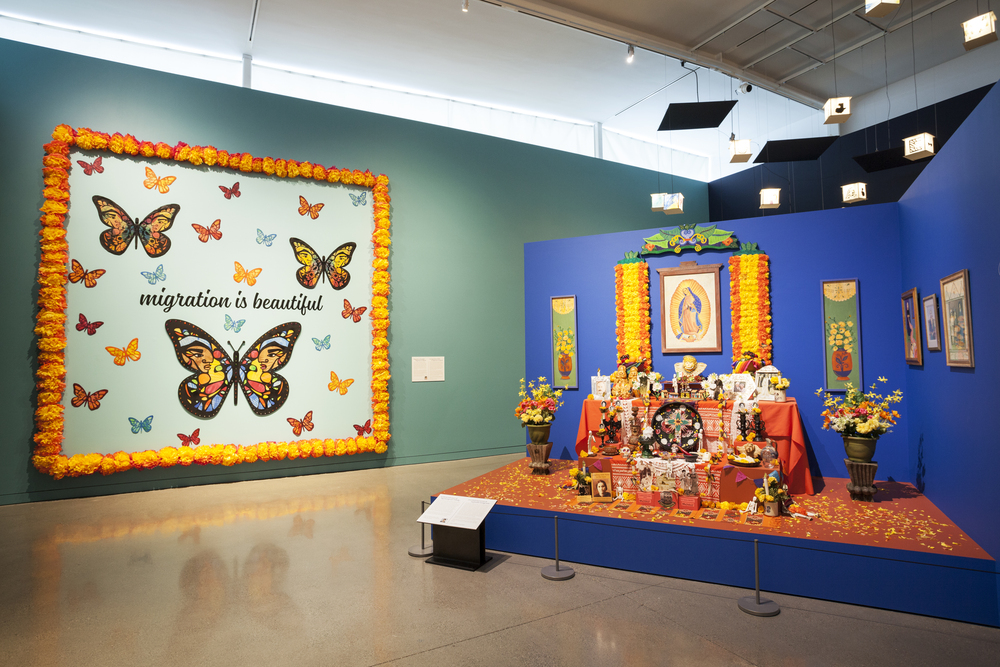 This piece was installed in the Oakland Museum of California as part of their annual Día de los Muertos (Day of the Dead) exhibit and celebration. In this artwork, the Monarch butterfly symbolizes movement and pollination. Migration is part of the butterfly’s survival; it’s in their DNA. These butterflies cross through Mexico, the U.S., and Canada. A single butterfly does not complete the entire journey. Rather, it takes several generations for Monarchs to return to the birthplace of its great grandparents. Just like butterflies, humans also migrate. Migration is natural, and it is how we cross-pollinate ideas and culture and seek well-being.

Día de los Muertos is a tradition that survives through memories and the cultural practices we give to the next generation. In this ofrenda, I honored the thousands of migrating humans who have died attempting to cross a border. And I honored the millions of monarch butterflies who died due to the destruction of their habitat.