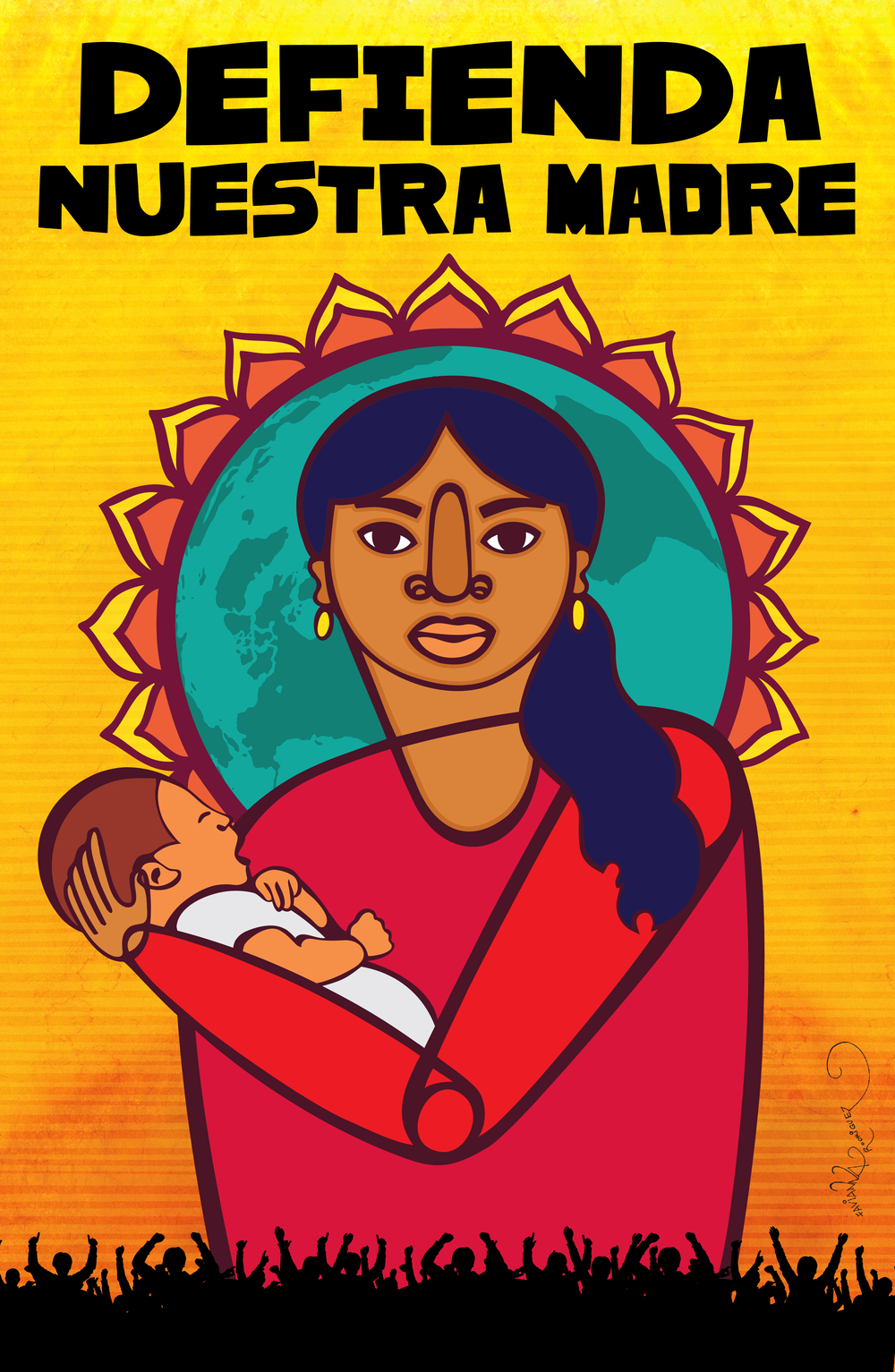 This piece was originally commissioned by the People's Climate March which took place on September 21, 2014. It quickly became the most widely shared image for the historic march and we even developed it into puppets.

I created this piece to represent a woman of color and her child at the frontlines of the fight against the climate crisis. I believe that most visual imagery about climate change does a poor job of speaking to communities of color, communities who are the most affected by environmental destruction and ecological disruption. This piece shows a fierce mama standing up for our mother, Pachamama, and defending her family and her home.